Investing in ultimate at home and abroad

TL;DR – consider helping Valeria out with a donation to her GoFundMe.

On June 4th at around 11:30pm, we left Andy’s house and headed towards Sea-Tac to pick up our newest teammate, Valeria Cardenas. Valeria flew from Bogota, Colombia that day and stood smiling on the airport arrival curb wearing a backpack and holding one small duffel bag. On the ride back to Seattle, nineteen year old Valeria seemed quite shy and nervous. Her English was not as practiced as it is now so I embarrassingly used my infant level Spanish (and the SayHi app) to express my excitement about her arrival.

After Aleja Torres, one of the founding organizers of Colombian ultimate, played with Riot in 2009, we first met Valeria at a clinic that Sockeye and Riot held in Colombia surrounding the TEP tournament. Valeria and her twin sister Manuela were only nine or ten years old at the time. (The kids in the green shorts and yellow jerseys are Valeria and Manuela.) 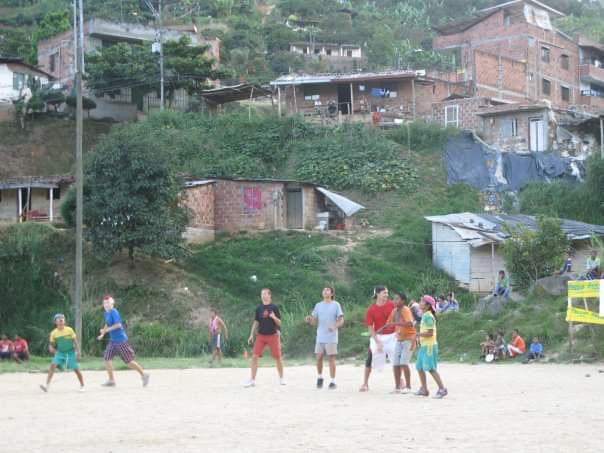 Shannon O’Malley (pictured on the left) was Riot’s star player (and a fellow Callahan winner). Before my joining Riot, Shannon and I chatted at a tournament party about the subject of playing and coaching internationally. We bonded over our shared perspective that one of the keys to the growth of our sport was to get young children playing. Shannon mentioned how Riot as a team prioritized organizing and coaching several Seattle youth ultimate clinics but they also coached international clinics as well.

That conversation with O’Malley was the first time I’d realized a few things:

One of Riot’s core values explicitly articulated to me when I joined the team in 2012 has been “to invest in the ultimate community.”

When I first came to Seattle, I was floored by the enormity of the city’s youth ultimate scene. High school teams, middle school teams — even an elementary school league. Routinely, when you drove past a field, instead of seeing organized baseball, soccer, or football you saw dozens of children playing ultimate. In my almost two decades of playing all over the country, I had never seen anything like it.

And what also amazed me was how many of my teammates were coaching these teams. It wasn’t parent volunteers or non-playing PE teachers… it was world class athletes sharing their time and passion with these budding players. It kind of blew my mind to think that Kati Halmos of Riot, my World Games teammate in 2005, was a 6th grade teacher and the elementary school ultimate coach of Jill Goodeau, my rookie class teammate on Riot in 2012. Here’s a nice article about Kati. 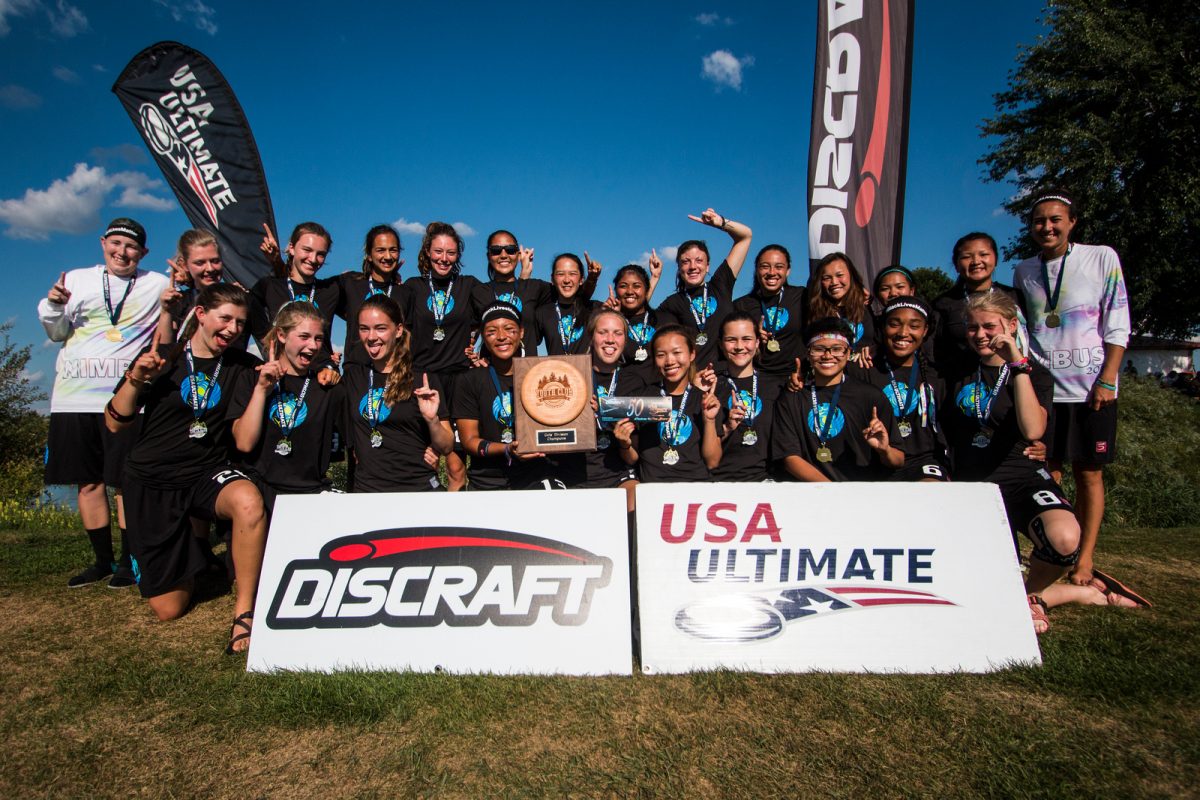 This manifests itself with the result that this season, more than half of our roster are homegrown players from the Seattle area.

Over the history of our program Riot players have coached in Mexico, Panama, Ireland, Venezuela, Colombia, Chile, Brazil, the Philippines, Uruguay, Kenya, Japan, Australia, Uganda, Italy, England, and Russia (and I’m sure I’m missing some other locations). We believe in devoting our time and energy to communities who are hungry and passionate about the sport we love.

In 2015, Alyssa and I traveled to Kenya to coach a clinic for players from several East African nations. In this area, women playing sports is extremely low on the cultural agenda. These women were bubbling with excitement to be coached by other women. One player came directly from work and insisted upon participating in the game (despite only having her long dress and work flats to wear).

I believe that simply seeing something done by a woman gave them the will and drive to achieve things they didn’t initially see as possible. 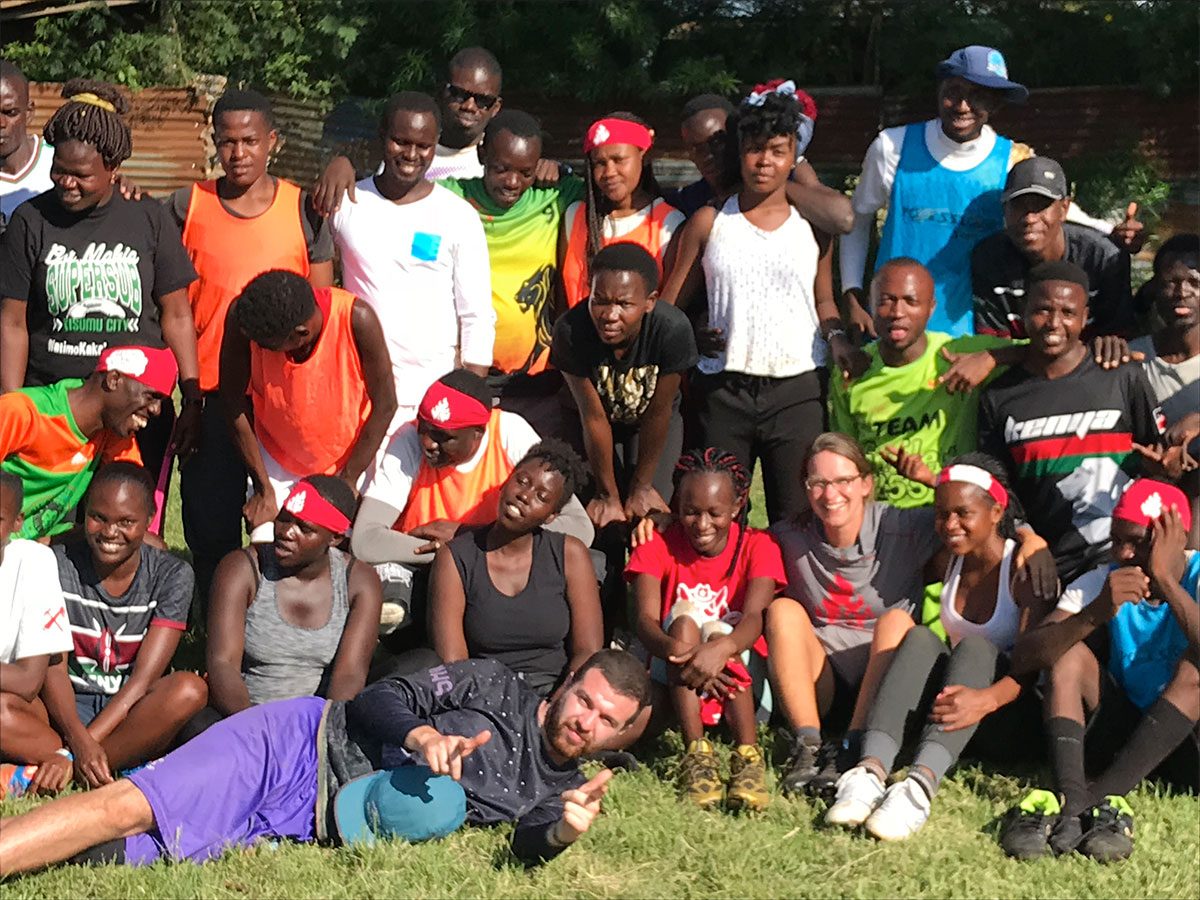 Whether at home or abroad, we are proud to dedicate ourselves to spreading ultimate, especially to young female athletes. We can see the impact our influence has in these global communities, but we truly value the future impact that players like Valeria and Manuela will have as leaders in their own communities, across their continent, and around the world. They inspire and motivate girls who relate to them and who look like them, and they also inspire me.

We have been unbelievably proud of Valeria’s courage in asking for financial support to come play in the US. Money can be hard to talk about in the United States. It can often feel scarce; it can be the scoreboard by which we judge our self-worth. Asking for help from others can be vulnerable for the asker and uncomfortable or off-putting for the asked.

If Riot could financially support Valeria in full, we would. If we could support any of our teammates in full, we would. While we are providing as much support as we can, it’s not to the extent that a nineteen year old student from Medellin needs. So that’s why she’s asking for support from our community, and that’s why we’re here using our social media platform to back her up.

To me, Valeria is courageous. She is inspiring. By pursuing her goals, she is blazing a path for other young women in the international frisbee community. Riot is tremendously grateful for her desire to join our team this year and equally grateful to all of you who have helped her make this possible.

I look forward to years from now when Riot happily welcomes its first player from Kenya. (And yes, maybe that will motivate me to keep playing club another ten years.)

Here are some words from Valeria as well as a link to her fundraising page. Please check it out and please consider a donation.