Around 1:30pm last Sunday we were down. Boston scored their eighth consecutive goal and we were down 3-9. Six months of practice planning, studying footage, strategy meetings, all to get us to the finals.  And now, in the biggest game of the season we were down by six.

The scoreline, however, is just about the only thing you could describe as down.

Over the course of this season, the team united behind one simple truth:

When we work hard, compete, and believe…we are capable of anything.

Whether we were up eight in pre-quarterfinals, battling to hang on to a lead in quarterfinals, or never letting up in semifinals, we remained steadfast to these values. In the face of Boston’s tremendous pressure, we didn’t abandon these values either. 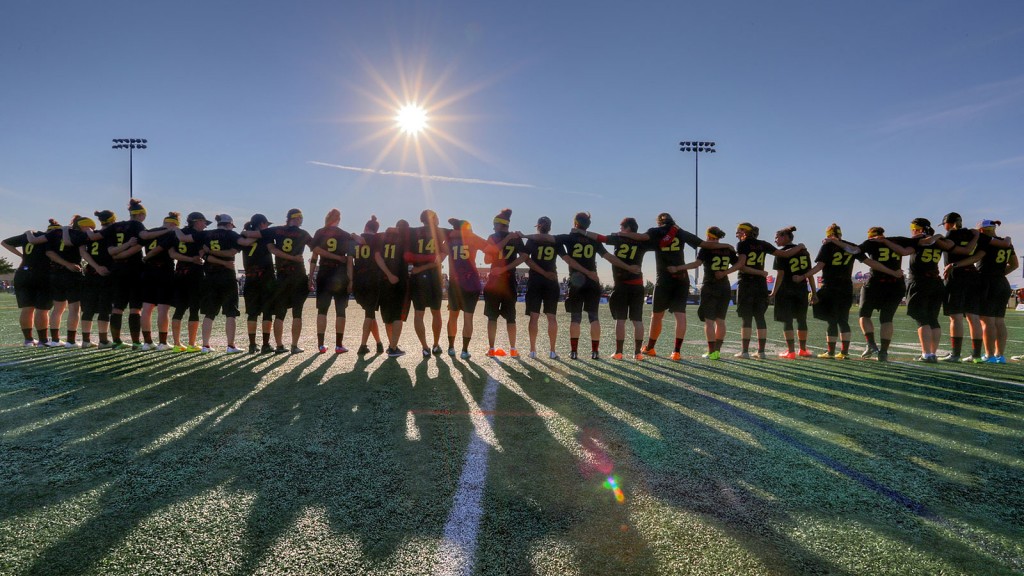 Through the ups and the downs, we affirmed who we are. We affirmed our values.

My reflections over the past week often turn to that moment at 3-9. Not with dread or despair, but with hope and belief. As a coach, you can become preoccupied with the adjustments you should’ve made and doubts about the the things you did and didn’t do.

Not this game, not this season, not with this team.

In my mind I look at that hill to climb with excitement about what’s ahead of us. Whatever came before doesn’t matter. I get the chance to battle and fight and scrape with my team for one more half. I’ve got their back, and I know they’ve got mine.

We’re down 3-9? In that moment, there’s no other group of people I’d rather be with. Let’s go.