At tryouts, all you can do is control what you can control. It’s easy to think you’re there to compete against other people, but that’s just a bunch of hooey. You’re there for you, you’re there to play your best, and you’re the only person who can do that.

I tried out for a national team for the first time in 2008, I was 15 years old and scared out of my mind. As I tend to do, I turned to my older sister, Anna, for help. She’d been around the block, having tried out for and played on the 2006 Jr. National Team that won gold in Devens, MA. In a pep talk that I return to time and time again she stated “Run fast, learn lots, have fun.” These words meant the world. They were inward focused, they were about controlling what I could control, and they served as a reminder of the real purpose of the experience. To this day – seven and half years later – these words help me find a balance between anxiety and control, humility and swagger, fear and belief.

Run fast.
By the time the day of tryouts comes around, you are as prepared as you’re going to be. There’s nothing you can do but work your ass off, show the coaches that you want it through effort. All the reps you’ve put in everywhere else will back you up on the field; playing is the easy part, you can throw and catch without thinking. Thinking is the enemy. In a tryout context, effort is my go-to measure of success, the goal is to be able to say  ‘yes’ without hesitation when I ask myself at the end of the weekend – “Did I work my hardest?”. Unlike completions/turns, goals for/against, there’s no plus minus in the effort category, just your evaluation of your performance against your own precedent. Everyone has a bad day, turns it over, miscommunicates, etc., but if you respond every time something goes wrong by lifting up your head and working harder, that’s a win.

Learn lots.
This will happen whether you like it or not, but this is actually, secretly, the real beauty of tryouts. National team tryouts are particularly special. When else do you have the opportunity to play withthe people you have previously only experienced as opponents? Sharing a field with them, you get the challenge of adapting to their playing style. You not only get to learn about the things that other people do exceptionally well – the parts of their arsenals that are the reasons they are at this tryout camp – but also the things that you do exceptionally well, what situations you thrive in, and how your skills complement those around you. On top of all that, you’re being coached by a group of people with drills and teaching styles likely totally new to you. Whether or not the skill or strategy they’re teaching is a new one, they’re bound to explain it in a way you’ve never thought about. Your job is simply to try it and see how it goes.

Have fun.
On the field, create opportunities to do the things you love to do, things that make you proud or pumped – maybe its handler D, catching the pull, or running deep. Advocate for yourself to be put in those positions. If you’re having a good time, it will reflect in your on-field confidence and overall play. As it turns out, worrying about whether or not you’re playing well both doesn’t help you have a good time and doesn’t help you play well. Lastly, you’re spending a whole weekend with a group of people who love to do what you love to do, and who are all pretty darn good at it. Let down your competitive tryout guard, and hang out. Be a good teammate in the same ways you are when you’re with your home squad. Throw with different people throughout the weekend. Introduce yourself to someone. Buy in. It’s way more fun when you can walk off the field after a point and compliment someone on something sick play they made. 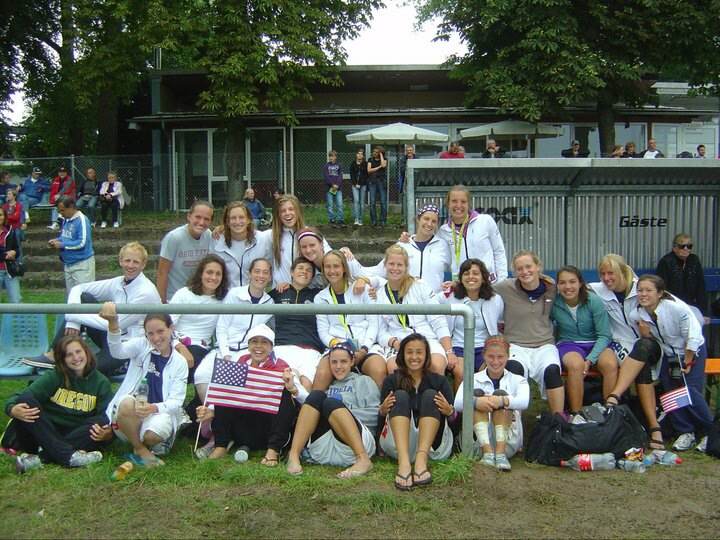 Making the team is a bonus, for a lucky few; learning about how you respond to a guaranteed set of uncontrollables is the real prize. After just two days, you’ll have a better idea of what your strengths are and where to focus your attention when it comes to how you can improve. By measuring your success based on effort, reminding yourself that it’s all just a huge learning opportunity, and getting to know your fellow tryouts, you can’t really go wrong. It’s going to be awesome; it’s going to be hard, but it’s going to be awesome.