Before I started writing this post, I emailed the folks that traveled down to Medellin, Colombia asking for their favorite memories, moments, or some other piece to add to this.

Here are some of those moments as well as other highlights: 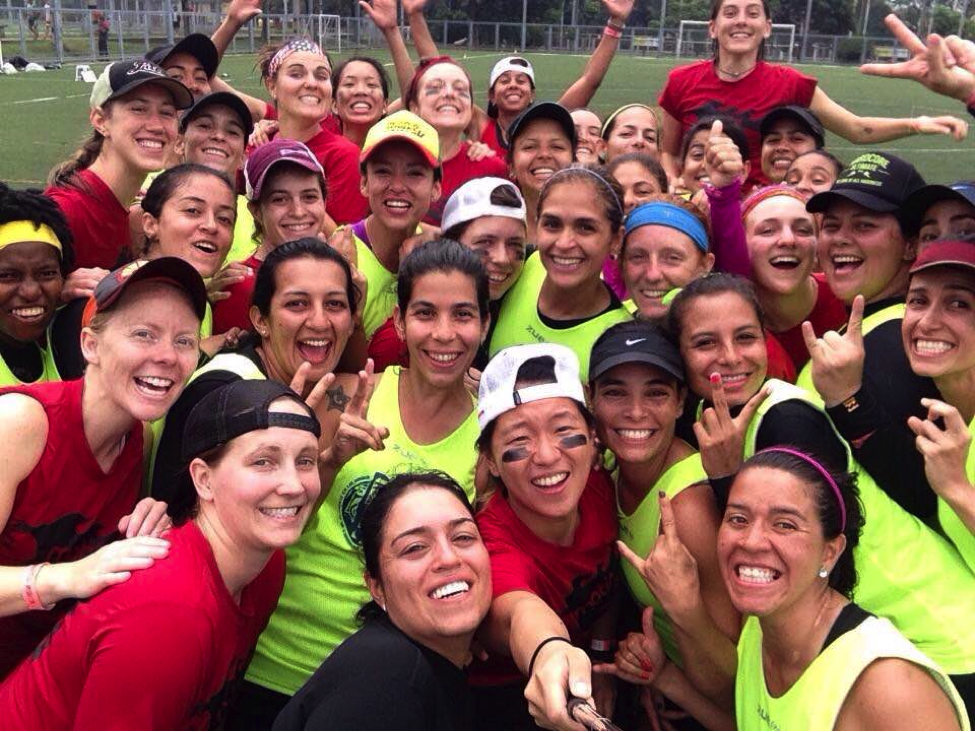 “I have grown to love tournaments like these – tournaments where I am granted the opportunity to meet new and great people, to travel the world and to play competitive and fun Ultimate.  These tournaments are my break from reality but honestly, I’ve been going to so many of them that they actually might be my reality now.

The memories that come out of these tournaments are some of the memories I cherish most in my life.  And it’s all because of the friendships that are cultivated in these experiences.  The people of the Ultimate community continue to amaze me and this is especially relevant as I have now personally experienced the kindness and welcoming arms of the Colombian Ultimate community.  Their fun-filled spirit and genuine love for the sport were very apparent to me and I now look at them with the same admiration and inspiration they look up to USA teams and our developed Ultimate program.

It’s always refreshing to experience Ultimate in a new perspective, heck even in a new country.  And so to the entire Colombian Ultimate community, I would like to thank you and say mucho gusto y hasta luego.”
– Magon Liu, Motin #8 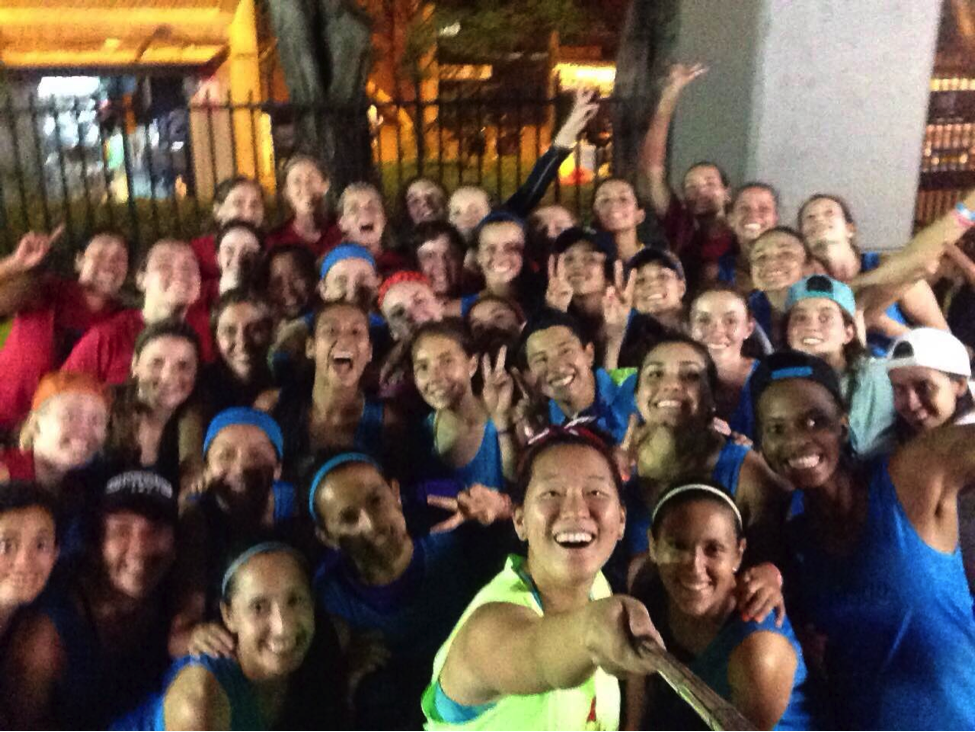 “The Bamboo game was amazing. They were incredibly athletic and challenged us physically and mentally. Everyone stepped up the intensity and focus. Our person defense was stronger than earlier, and our offense clicked. However the wind picked up slightly in the middle of this game and Bamboo was quick to capitalize on our turnovers.  The game was close and the stands were full with lots of cheering for great plays.  One player on Bamboo got two layout D’s and later scored the points (bookends!) as well as skied the heck out of me. This was a game where we all got to play with Miranda Roth, who was coaching her students in the youth division of the tournament. Playing with Miranda was a personal highlight for me. She coached me early in my club career and is a player I (and everyone else) look up to. Motin ended up down by 2 and we rallied to tie the game and then go up by one. Bamboo scored to tie, our offense did their job and we were on defense to get the break for the win. A group in the crown began the ‘I believe that we will Riot’ cheer, the pull went up and we got the turn on the first throw and scored shortly after that, Motin 12 Bamboo 10.  Bamboo made us all better that night. I hope we made them better as well.”
– Molly McKeon, Motin #21

“My favorite memory was playing with Riot again.  Riot is my team, now, then, and forever, and it was just so awesome to wear the flame again.  I’m always scared that I’ve ‘lost it’ so it was pretty sweet to throw an important goal.  Even though I just played in one game, it was crazy good for my soul.”
– Miranda Roth, Motin #25

“Pretty sure people saw my ‘run into a sidewalk post sticking up’. Actually, it was right at the best part of the ‘Love Me Like You Do’ song (where you think it’s over, but it’s not!), and I was all excited then Heidi tried to push away from the pole, but maybe only pushed me further into it – not sure. Just had a wittle bruise on the knee!”
– Paige “Diddy” Soper, Motin #0

“COs bids all over everywhere. Also when she put up the throw directly over the Bamboo girl’s head, and then Charlie promptly skied said girl and the crowd went ‘ooooh!’

Molly’s sweet sky during the Bamboo game, also with 2 girls on her back.

Jackie during the Fury game with the layout catch when Kayla was step for step with her, then finally getting the deep shot that she had been overthrown on all weekend.

Diddy’s upwind hucks and her spastic-yet-still-somehow-coordinated-turnaround-d during the Bamboo game.

Rotch’s hammer to shred the U23 zone in 10 seconds flat.

Heid blocking the huck in the Fury game.

Eating dinner and then the torrential downpour starts and Jessi just flips up her hood and keeps eating.

Awesome spirit and silliness with the Colombian masters team. They were just cool.”
-Natalie Greene, Motin #4

“Charlie falling off of the bouncing water park when she was racing Natalie.”
– Heidi Halvorson, Motin #23 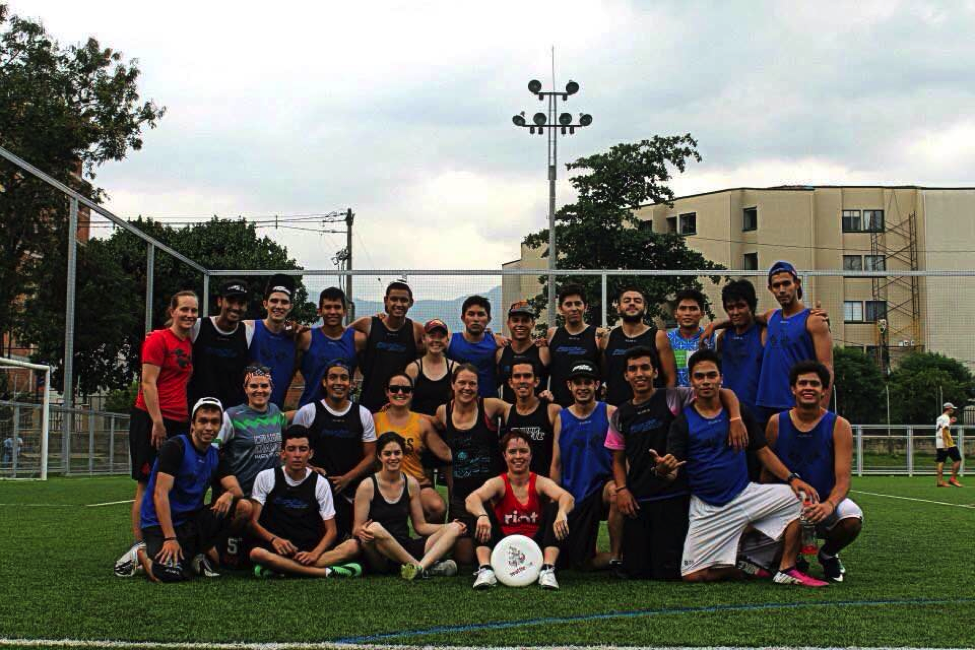 “Coaching at the clinic the first day was amazing. I realized on this trip how at home I feel around ultimate. I was off and on really homesick a lot of this trip except for when we were at the fields. Even though I don’t speak a word of spanish, I felt in my element, happy, and wanting more when we were coaching/playing/watching ultimate. The players at the clinic worked their butt’s off and even with the language barrier, we were still able to communicate through our desire to play and get better. They were so welcoming and appreciative that it didn’t matter where I was. All that mattered was the disc.

Playing zitch-dog on the gondola and for the rest of the trip, as well as zitch-any animal.”
– Molly McKeon, Motin #21